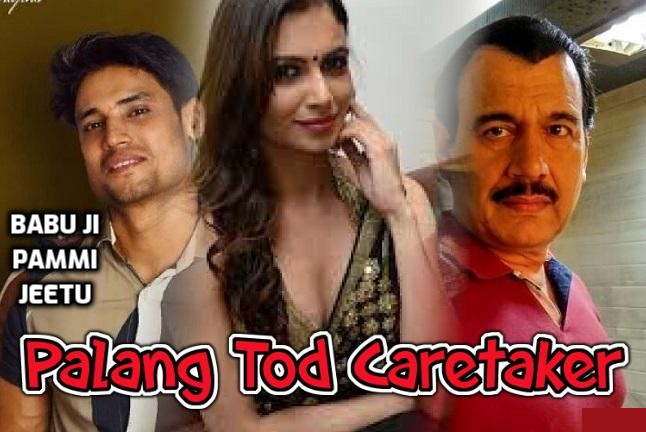 There are many romantic parts of Ullu’s Palang Tod Web Series, one of which is also a Caretaker. Palang Tod Caretaker series is like any other heart touching romantic series.

In this article, you will be given much information like real actors name (cast), all episodes list and review of this series. The article has been written in a very interesting way, so read with heart beats.

Note: Our team also writes reviews of movies along with web series reviews, such as Shershaah, Atrangi Re, Sooryavanshi and Bell bottom etc.

Rekha Mona Sarkar and Simran Khan’s main roles are seen in this web series. The series revolves around a sick old man. In the story, his son brings up a young caretaker. An affair seems to be going on between Babuji and the caretaker.

But the twist comes when the caretaker (Pammeela) falls in love with her son. How will the story progress? For this, you have to read further.
This series was first seen on 5 February 2020, which exploded everywhere. Today we will know in depth about this series.

Planag Tod web series is one of the most amazing and favorite series of Ullu OTT platform. Many parts of which have been made, such as Friend request, Bekaboo Dil, Shor, Kirayedaar and Salli aadhi ghar waali etc. It always brings a lot of entertainment to its viewers. In this way, the caretaker web series is also full of romance and drama.

The story revolves around a family in which Babuji, his daughter-in-law and son live. Babuji is ill, and as per the doctor’s advice, he needs a physiotherapy caretaker. So he gets a young and handsome caretaker for Babuji. That caretaker is very attractive.

The young caretaker enters the house wearing a sari. And seeing the caretaker, the desires of Babu ji’s heart are awakened. He is very good to her and the caretaker (Pummy) also takes care of her heartily from morning till evening.

In such a situation, Babuji starts getting better soon. But her son also gets immersed in Pammi’s performance and both of them slowly start having a relationship. In such a situation, Jeetu (son) starts living away from his wife (Sonia). And the distance between them starts increasing. Sonia comes to know that Pammi (nurse) is behind this.

One day the relationship between Pammi and Jeetu is noticed by her babu ji. Babuji then threatens Pammi that she will give him the same happiness, otherwise he will reveal the truth of the non-relation between him and his son.

However, Pammi readily agrees and after a few days she starts giving Babuji the pleasure of the night too. One day, his daughter-in-law Sonia sees all this. And tells her husband Jeetu. Jeetu gets very angry seeing this and throws him out of the house. And brings in a man in his place.

Babuji becomes unhappy with the man’s care. His daughter-in-law Sonia notices all these things. Since the relationship between her and Jeetu was not good, she tries to take that pleasure from her father-in-law.

Means one day she goes to father-in-law and says that both of you and I are alone, because neither of us together can overcome this loneliness. And both start doing the same thing again. Thus, the story ends.

A total of 4 main star cast are seen in this web series. In the story, these characters are in the form of Babuji, Bahu, Beta and Narsh. Following are the real names of these actors:

Apart from this, a doctor is also seen in the story.

I have told the whole story of Caretaker web series in this article. And hopefully you must have come to know from the story what kind of story it is. However, if we talk about the actors of the story, then all the cast perform well according to the drama in the story.

Although there may be some disappointment in terms of acting, but that disappointment will be lost in the story. Meaning, the story will touch your heart and make your body hair stand out.

This series is a perfect choice for people above 18 years of age. Because some scenes of this series are not right for a young age, and it may have a wrong effect. But elders can thoroughly enjoy this series.

The background is seen very well in this part of Palang Tod and its shooting is also good.

A total of 2 episodes are seen in this web series of Palang tod. As written below.

A physiotherapist nurse is brought in the first episode of Caretaker. Who fights with the son of Babu ji (patient). Its first part ends here.

In the second part, Babuji’s daughter-in-law Sonia gets Pammi (nurse) evicted from the house and has a relationship with her own father-in-law. This is where the last part ends.

Caretaker has only one season so far. And the second season is still awaited.

Ullu is one of the most spectacular OTTs, which is famous for releasing bold series. You will get Ullu through App and website. You can download its app from Google Play Store.

Download: Downloading any web series or movie is illegal, so forgive us. 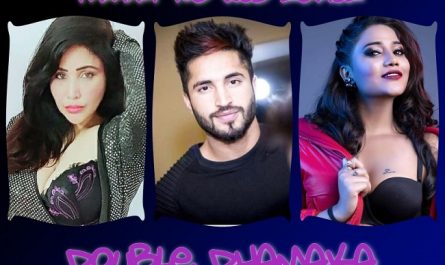 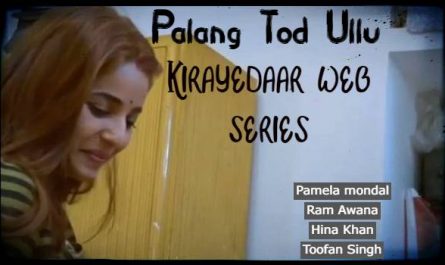